Bryozoan biofouling and how to control it

Mysterious creatures are clogging the intakes of water treatment plants, power plants and industrial cooling systems. Controlling bryozoan biofouling can be a challenge for operators who don’t know what they are.

Furry looking, blob-like, and slimy ‘moss-animals’ called bryozoans have found a home in many municipal and industrial water systems. These invasive creatures can cause severe economic headaches. They are especially damaging when their large sticky colonies clog and become tangled within equipment. Physically removing them from essential screens, filters, pipelines, intakes, and valves requires costly labor and maintenance.

Bryozoans latch onto substrates located within flowing waters that bring them sustenance, such as intakes, screens, filters, heat exchangers, and cooling systems. Growing colonies can progressively decrease waterflow and eventually cause equipment failure. Often, bryozoan biofouling co-occurs with other invasive species such as zebra or quagga mussels, exacerbating the stress placed on operators to clear and maintain blocked equipment. 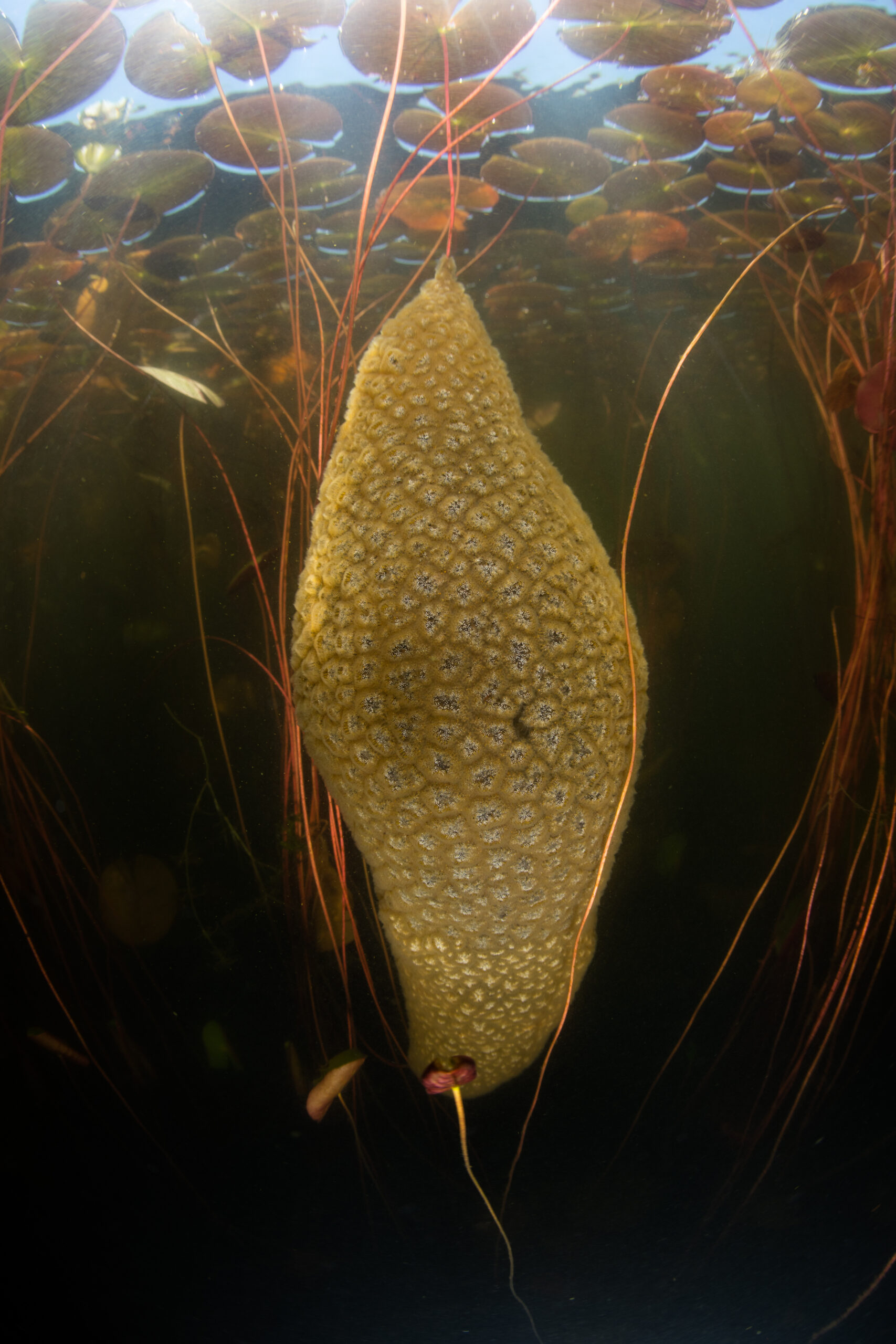 Bryozoans are an invertebrate animal that thrives in flowing, nutrient-rich water. They range in size from a few inches to over two feet and have diverse forms, including tubular, spherical or branch-like structures. They live in fresh or saltwater environments depending on class and species.

In freshwater, bryozoans have different shapes and may appear as large gelatinous spheres or intricate woven networks. These networks can easily be mistaken for a single organism, but they are actually colonies of smaller organisms called zooids. Each zooid measures only 1–2 mm in length and contains a primitive digestive tract. Collectively, zooids stack and nest on each other to form a net-like structure that comprises a single bryozoan.

Why are Bryozoans difficult to kill?

Bryozoans are highly adapted to withstand suboptimal conditions. In unfavorable conditions such as freezing weather or chemical stress the colony retreats within itself and may appear dead, only to revive when water conditions improve. Freshwater bryozoans also have a unique ability to expel tiny seedlike survival pods known as statoblasts.

A statoblast is a self-contained dormant mass of cells protected by a tough outer shell. Statoblasts grow in the guts of zooids, where they form hard shells made of chitin, a protective material also found in insect exoskeletons. The production of statoblasts allows bryozoans to reproduce asexually in harsh and unpredictable conditions.

Statoblasts can take one of three forms: sessoblasts, floatoblasts or piptoblasts. Sessoblasts typically adhere firmly to substrates but they can also hitch rides to new locations with migrating waterfowl, either in their digestive systems or on their bodies. Floatoblasts are the most difficult to control because they float freely with currents until they settle and germinate. Piptoblasts simply fall around existing colonies and germinate in place.

How can Bryozoan infestations be controlled?

Once bryozoans establish themselves in a body of water, they can be difficult to eradicate. Reduction and control are possible, however. Here are some common treatment options to manage bryozoan infestations:

Fortunately, not all forms of copper are created equal. Advanced liquid formulations use acid stabilization to maintain the copper in the cupric ion form (Cu2+) and eliminate the disadvantages associated with copper sulfate crystals. Ionic copper is more bioavailable and in turn allows effective performance at unprecedentedly low dose rates.

EarthTec QZ is an EPA-labeled liquid ionic copper formulation that can reduce bryozoan populations in pipelines and open waters while remaining within NPDES permitted copper discharge limits. EarthTec QZ is also NSF certified to ANSI Standard 60 for drinking water and effectively reduces invasive species populations at copper concentrations far below the EPA maximum limit of 1.3 ppm mandated by the Lead and Copper Rule.

EarthTec QZ’s unique formula is stable, requires no mixing, and disperses easily throughout the target treatment area. It does not settle into sediment, which allows organisms to ingest copper at a pace suitable for the nutrient cycle. With fewer adverse impacts on non-target organisms, EarthTec QZ’s low dose copper is effective and functions within EPA safety regulations. EarthTec QZ is also a certified molluscicide and can be used to control zebra and quagga mussels in addition to bryozoans.

Contact us today to learn more about controlling bryozoan biofouling with EarthTec QZ.